The gorgeous actor of Bollywood, Sara Ali Khan wished her grandmother Sharmila Tagore on her birthday on Thursday. Taking to her Instagram Stories, Sara shared a picture collage featuring herself and Sharmila Tagore. The legendary actress has turned 78 today and is known for her performances in movies such as ‘Apur Sansar’, ‘An Evening in Paris’, ‘Kashmir Ki Kali’, ‘Aradhana, Amar Prem’ among many others. She is a two-time National Award winner.

Sharing the picture, Sara captioned the post, “Happiest Birthday my dearest Badi Amma (red heart emoji). Thank you for being our rock-solid pillar of support. I love you so much (hug emojis). And I truly aspire to be 1/10th the woman you are. The first photo is a throwback picture of Sharmila’s younger days while she holds little Sara. The second image has a grown-up Sara hugging her “badi amma”. 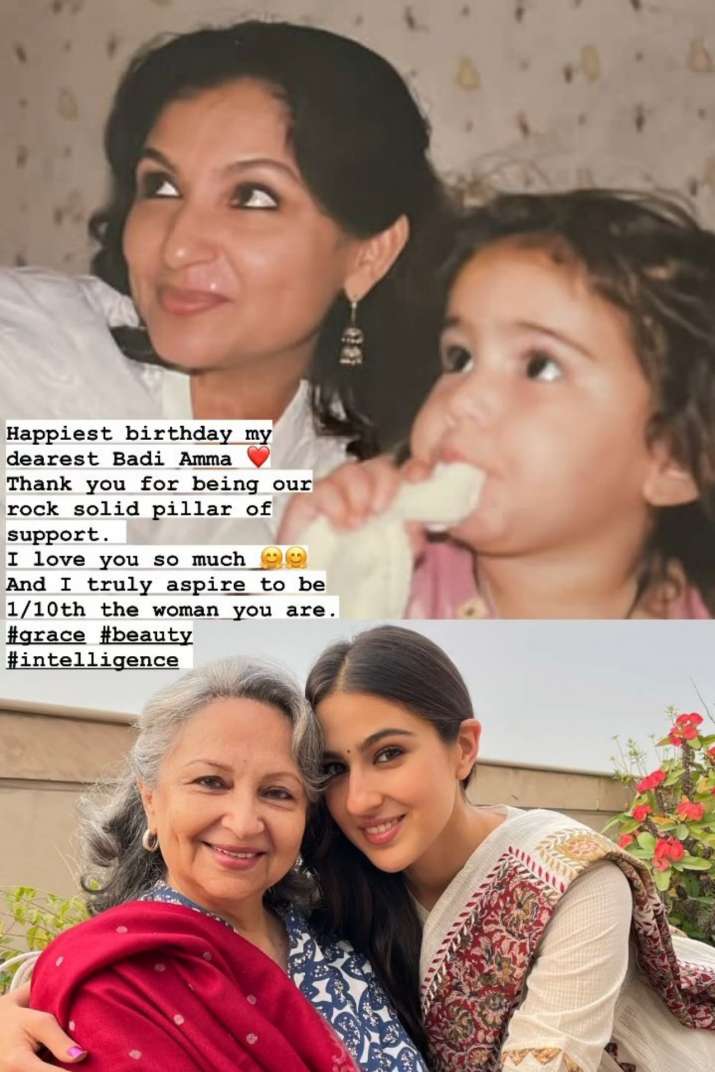 Sara will be seen in Gaslight and Anurag Basu’s recently announced ‘Metro…Inn Dino’. She is also a part of Karan Johar‘s ‘Ae Watan Mere Watan’ in which she will play a brave freedom fighter in a fictional tale set against the backdrop of the Quit India Movement in 1942.

AAP Status Update: Congress, BJP Have A Win Each, But Here’s Why Arvind Kejriwal Is Ecstatic