On the Buzzer: Indiana 82, Michigan State 69 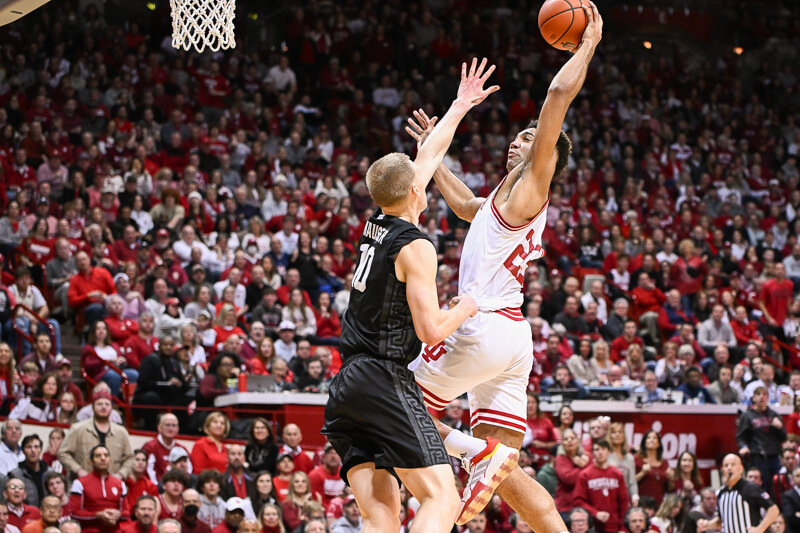 Quick thoughts on an 82-69 win against Michigan State:

Michigan State came out firing on Sunday afternoon at Assembly Hall. Joey Hauser had the hot hand early, scoring 11 of the first 17 points for the Spartans. By the 14:06 mark, Michigan State’s lead was 17-8. Indiana’s inability to finish plays at the rim didn’t help matters. The Hoosiers were 1-for-8 on 2s to begin the game. But the Hoosiers found their footing defensively and by the 5:06 mark, Indiana had its first lead at 26-25 on a pair of Tamar Bates free throws. After a Bates 3-pointer tied the game at 29, Indiana ripped off eight straight points to claim a 37-29 advantage. The Spartans answered with the final three points of the half and the Hoosiers settled for a 37-32 lead at the break. Trayce Jackson-Davis led the Hoosiers with 13 points, six rebounds and two blocked shots in 19 minutes.

The Spartans regained the lead at 44-42 on a Jaden Akins breakaway dunk, but Indiana answered immediately with a Trey Galloway triple to retake the lead at 45-44 with 15:29 to play. After the Spartans regained the lead at 51-49 on an Akins 3-pointer, Indiana ripped off eight straight points to claim a 57-51 lead at the under-12 media timeout. Jackson-Davis split a pair of free throws to give the Hoosiers a nine-point lead at 62-53 with 9:15 remaining. By the under-eight media timeout, the Hoosiers led 62-55. Indiana’s lead ballooned to 67-55 on the fifth Bates 3-pointer of the game with 6:23 to play. The Spartans never got the lead into single digits the rest of the way. The win, Indiana’s third straight, improved the Hoosiers to 13-6 overall and 4-4 in the Big Ten.

Statistics that stand out 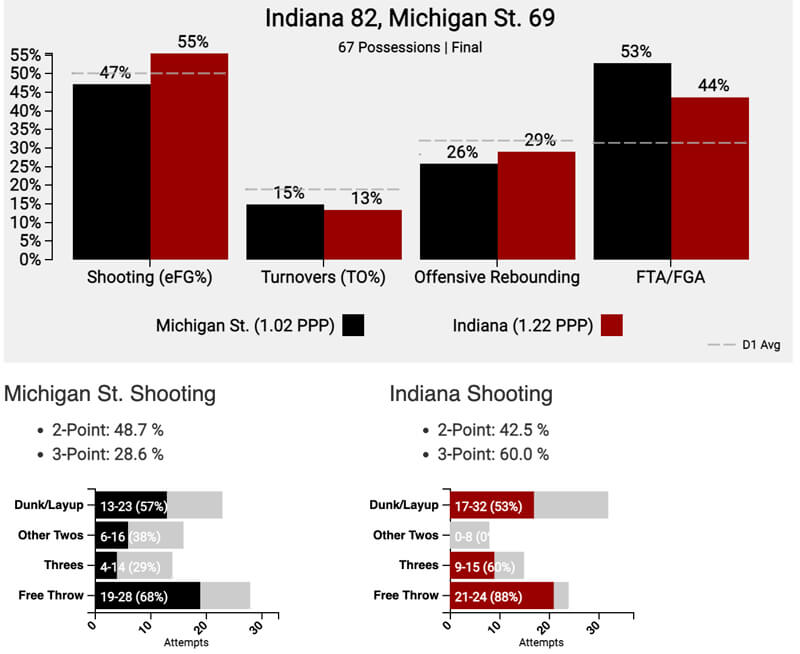 Travis Barker Reputedly Were given A Massive Tattoo For Kourtney Kardashian — Like, This Factor Is Large

Arsenal fan is DELIGHTED to turn out talkSPORT pundits WRONG after massive win over Guy United!